Wakefield man due for cruel deportation next week. 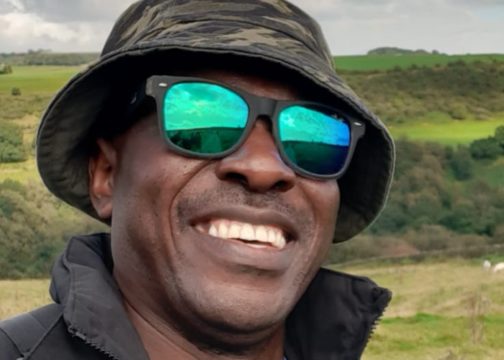 Long time Wakefield resident Bryan Mucheriwa is currently in detention by the Home Office who are threatening to deport him to Zimbabwe next week.

Though born in Zimbabwe Bryan calls Wakefield his home and has actively engaged in local life in the city for many years. He and his wife live close both to the Art House and to St Michaels, the new home of Wakefield District City of Sanctuary. He is an artist and works from the Art House on Drury Lane where he counts many fellow artists as his friends. Bryan is also a trustee of the local City of Sanctuary charity.

Bryan’s much loved smile is remembered by many. He has worked as a DJ, an artist, and as a volunteer for the Wakefield District City of Sanctuary group. He is also a Chelsea Fan, … but nobody’s perfect!

This development has come as a shock to many local friends who find these tactics of the UK Home Office cruel and inhumane. Many friends are working hard to find ways of stopping not only Bryans deportation but that of over 100 other Zimbabweans rounded up this week.